×
Newsyolo.com > World > Ukraine war | reports of Russian torture in regions that have been liberated during the Ukraine war 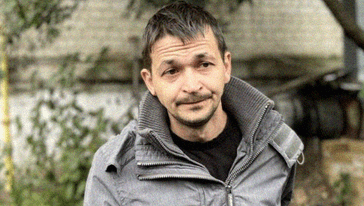 Russian troops have been driven out of the region in north-eastern Ukraine as a result of a counter-offensive.

However, in the recently liberated areas, elation and grief are mixed together because of reports of killings and torture committed during the protracted Russian occupation.

Artem, who resides in the Kharkiv region’s Balakliya city, told the BBC that he was imprisoned by Russians for more than 40 days and subjected to electrocution torture.

On September 8th, after being occupied for more than six months, Balakliya was freed. The city’s police station served as the focal point of the violence and served as the base of operations for Russian forces.

From other cells, according to Artem, he could hear screams of pain and terror.

He claimed that the occupants turned off the building’s noisy air system to ensure that the cries could be heard.

He explained to us that they switched it off so that everyone could hear the screams that people make when they are shocked by electricity. They even did this to women detainees. “They did this to some of the prisoners every other day.”

They also did it to Artem, but only once in his case.

He said, “They made me hold two wires.”

They stated, “If you let it go, you are finished.” “There was an electric generator. The quicker it spun, the higher the voltage. Then they started asking questions. They said I was lying. So they spun it even faster, and the voltage grew.”

Artem claimed to have been imprisoned as a result of the Russians seeing a photo of his brother, a soldier, in uniform. According to Artem, another Balakliya resident was detained for 25 days because he was carrying the Ukrainian flag.

Tatiana, the principal of the school, claimed to have spent three days being detained in the police station while also hearing screams coming from neighboring cells.

When we went to the police station, we noticed the Lord’s Prayer and markings indicating how many days had gone scrawled on the wall of one of the small cells.

According to Ukrainian authorities, up to eight guys were detained in cells meant for two. According to reports, while the Russians were in charge, the villagers were terrified to even go near the station for fear of being apprehended by Russian forces.

Crowds gathered around a tiny truck transporting food supplies in the center of Balakliya, where the Ukrainian flag is once more flying. There were many elderly and fatigued people in the line, but there were also joyful reunions as friends hugged one another for the first time since the Russians were forced out.

Some of their victims are lying quickly buried by their neighbors just a short distance away at the end of a lonely laneway. Petro Shepel, a taxi driver, was interred in a temporary tomb that was marked with a rickety wooden cross. He is lying next to a passenger whose identity is yet unclear.

As the cops exhumed their bones and placed them in body bags, the smell of death filled the room.

On the final day of the occupation, the two men allegedly were shot close to a Russian checkpoint.

Valentyna, Petro’s mother, yelled at the Russians for killing her only son as she watched the bodies being unearthed.

She sobbed, “I want to ask Putin, why did he shoot and kill my son.”

In addition to killing our children, he also killed us, their moms, so why did he come here with such scary weapons?

“I am a dead lady right now. And to all mothers worldwide, I say: “Rebel against that killer.”

We came across military vehicles bearing the pro-war “Z” emblem on the way to Balakliya, which the Russians had left behind when they departed.

We were shown the considerable damage to the school in a nearby village. One of the final acts of damage before the Russians were forced out, according to the local authority.

Oleh Syniehubov, the regional administrator for Kharkiv, said standing amidst the rubble that the restoration of electricity and water supplies was now urgently needed, but there are worries that the power cables would be mined.

When the BBC questioned him about whether he believed the Russians would come home, he responded, “We are at war, so there is always a danger.”