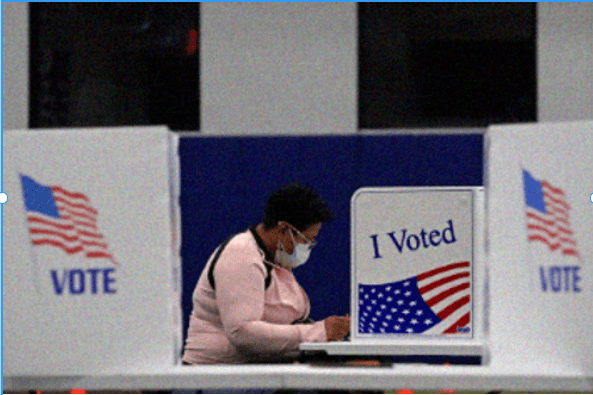 The Fair Elections and Free Speech Center is a new center co-directed by law professors David Kaye and Rick Hasen of UC Irvine.

At the University of California-Irvine School of Law, a renowned specialist in elections law is establishing a new center with a focus on elections and free expression.

The Fair Elections and Free Speech Center is being co-directed by UC-Irvine law professors Rick Hasen, a well-known authority on elections law, and David Kaye, a former UN appointee who is concerned with freedom of thought and expression worldwide.

Hasen stated in a statement that “American democracy is under increasing strain, and risks to the rule of law and public confidence in fair elections were aggravated by the 2020 election.” “Thanks in large part to the growth of social media. To strengthen democratic institutions in the United States and around the world, the new Center will examine what’s wrong and what may be done.

What will the center do next? The center’s initial events concentrate on elections and democracy, both domestically and internationally. On September 1, the group will have its inaugural event, with a focus on the global influence of misinformation and digital media on elections.

A seminar titled “Election Subversion: Is American Democracy in Danger?” will be held at the center on September 24.

Georgia Secretary of State Brad Raffensperger, a Republican whom then-President Donald Trump pressured to attempt to overturn the results of the 2020 election, Bob Bauer, a former White House counsel for former President Barack Obama who is currently in charge of a voting rights initiative at a nonprofit allied with President Joe Biden, and Ben Ginsberg, a longtime Republican elections lawyer who has criticized recent GOP-led efforts to

Who else is a party? Numerous academics, human rights activists, and experts make up the advisory board for the center, which will serve as its leader moving forward.

The Brennan Center for Justice, a liberal research tank and voting rights advocacy organization, the NAACP Legal Defense Fund, and the ACLU all have representatives on the board.

Pam Fessler, a recently retired NPR voting rights reporter, and Alex Stamos, a former chief security officer at Facebook and current head of the Stanford Internet Observatory, are also on the board.