×
Newsyolo.com > Business > Us inflation | From a year ago, wholesale inflation increased by 11.3% in June. 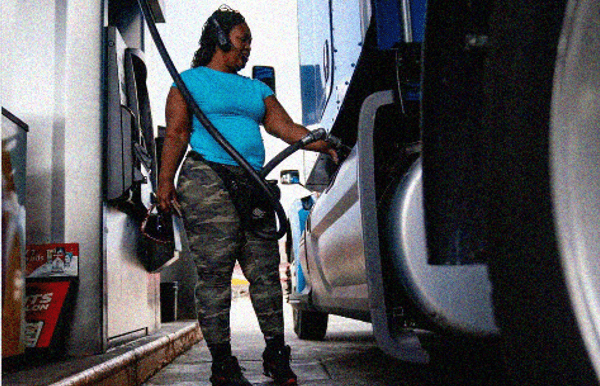 Us inflation | From a year ago, wholesale inflation increased by 11.3% in June.

The latest bitter reminder that inflation is roiling through the American economy was the 11.3% increase in wholesale inflation in June compared to a year earlier.

Washington, D.C. The latest bitter reminder that inflation is roiling through the American economy was the 11.3% increase in wholesale inflation in June compared to a year earlier.

The U.S. producer price index, which gauges inflation before it reaches consumers, increased at the quickest rate since reaching a record 11.6% in March, according to a report released by the Labor Department on Thursday.

Energy costs, which increased 54% from a year earlier, were the main driver of last month’s increase in wholesale inflation. However, even with the volatile energy and food costs excluded, producer prices in June increased by 8.2% from June 2021. Wholesale inflation increased by 1.1% from May to June every month, which is also the highest increase since March.

The Labor Department’s data on consumer inflation reaching a new four-decade peak in June, which put additional pressure on households and probably sealed the deal for another significant interest rate hike by the Federal Reserve, was released the day before Thursday’s report on wholesale prices. The greatest annual increase since 1981, consumer prices increased by 9.1% as compared to a year earlier.

Compared to June 2021, producer prices have increased by about 18% for products and by almost 8% for services. Additionally, the Labor Department said that food costs increased by almost 13%, and wholesale transportation and warehousing prices rose by 23% from a year ago.

Due to the ongoing high inflation, which has reduced salaries and increased pricing pressure on both large and small businesses, there is now a greater chance of an economic downturn. Additionally, it has lowered public support for President Joe Biden and lowered Democratic chances in the upcoming congressional elections.

In an aggressive campaign of rate increases, the Fed is attempting the historically challenging feat of taming high inflation without triggering a recession.

The fast recovery from the 2020 pandemic recession sparked a boom in U.S. inflation, which continuously increased as consumer spending exceeded the supply of labor and supplies. Consumers went on a buying frenzy that astonished businesses thanks to generous government assistance and extraordinarily low rates imposed by the Fed. Overcrowded factories, ports, and freight yards caused shortages, delays, and increased pricing. Energy and food prices increased as a result of Russia’s conflict with Ukraine.

There has been some optimism among experts that inflation may be nearing a high. The cost of gas has been decreasing. Prices for commodities and shipping have been moderated. Pay increases have stalled. Additionally, surveys reveal that Americans’ long-term expectations for inflation have decreased, which is a tendency that frequently portends future price increases that are more modest.

However, the figures from this week that showed persistently high consumer and wholesale inflation pressures suggest that the Fed will continue to face pressure to raise rates significantly in the months to come. With hiring strong and unemployment at a nearly half-century low, the U.S. job market is strong, which means that more people have money to spend, maintaining upward pricing pressure.

Despite a little improvement in supply circumstances, Mahir Rasheed, a U.S. economist at Oxford Economics, wrote in a research note that “price pressures will remain uncomfortable in the near term and strengthen the Fed’s resolve to prevent inflation from becoming entrenched in the economy.”

Higher manufacturing costs will sustain upside price risks as firms determine how much more pass-through customers will tolerate, he continued.