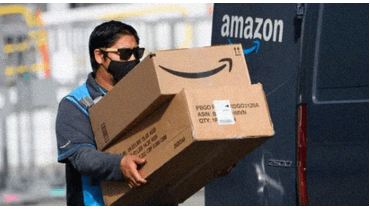 US news | According to California, Amazon’s hegemony raises internet prices.

Amazon has been charged by the state of California with breaking competition laws by engaging in methods that hinder vendors from offering lower pricing elsewhere.

The complaint from the nation’s most populous state claims that the actions have damaged rivals and raised the cost of internet purchasing for everyone.

The legal risk is the greatest Amazon has ever experienced in the US.

However, a comparable action in the US was dismissed earlier this year due to inadequate proof of higher prices.

A critical component of US competition law is demonstrating harm to consumers in the form of higher pricing.

Similar to the DC case, Amazon said that the California complaint was “exactly backward” and that the action should be dismissed.

The company stated that “sellers determine their rates for the things they provide in our store.” Amazon takes pride in having the lowest prices across the widest assortment, and like any retailer, it reserves the right to not draw attention to deals with uncompetitive prices for its customers.

California claims in the complaint that Amazon’s contracts with vendors force them to provide the lowest price on Amazon, limiting the ability of other websites to compete.

Deals that preserve Amazon’s market dominance allow the company to increase fees for merchants, which ultimately trickles down to customers as higher pricing.

“Amazon is aware that its agreements on price parity prohibit competitors from capturing market share with lower pricing that reflects their lower fees. As a result, Amazon keeps hiking fees, which raises costs on Amazon and elsewhere owing to price parity “the complaint claims.

It said that as a result, “Amazon wins and its third-party merchants, its wholesale suppliers, consumers, and competition suffer.”

The lawsuit claims that Amazon punishes businesses that break the regulations by doing things like lowering their listings in search results,

Rob Bonta, the attorney general of California, stated in a statement announcing the action that “the reality is: Many of the things we buy online would be cheaper if market forces were left unrestricted.”

Despite the lawsuit’s geographic confinement to California, considering the state’s size, its impact may be widespread.

The complaint is filed as regulators, particularly in the European Union, question the dominance of a small number of internet firms more and more.

This summer, Amazon tried to resolve a dispute with the EU over claims that it was utilizing seller data to compete with them.

Due to suspicions that the corporation is giving some of its marketplace merchants an unfair edge, Amazon is also under investigation in the UK.