×
Newsyolo.com > Business > US news | US gasoline costs have reached a record high. 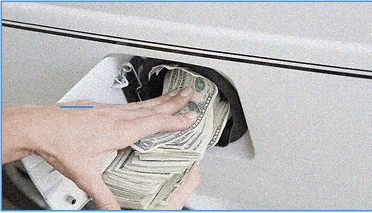 US news | US gasoline costs have reached a record high.

As the US summer driving season is now in full gear, the price of gasoline has reached a new all-time high.

According to figures from the American Automobile Association (AAA), US petrol prices on Saturday averaged more than $5 per gallon, a new record high.

The national average price for regular unleaded gasoline increased to $5.004 per gallon on June 11 from $4.986 the day before, according to the nonprofit AAA, which monitors prices at more than 60,000 gas stations across the nation. The state of California has historically reported the highest costs, up to $6.43 a gallon, and the state of Georgia, at $4.46 per gallon.

Data indicates that since US President Joe Biden’s inauguration in January 2021, when the average price of a gallon of gasoline was only $2.39, the country’s fuel prices have more than doubled.

The Biden administration is committed to reducing the skyrocketing prices that have caused inflation to reach its highest levels in four decades. The government has compelled the main OPEC producers to increase production, suspended a restriction that forbade the sale of gasoline with a higher ethanol blend during the summer, and authorized a record-large release of barrels from US strategic reserves.

These attempts, nevertheless, have so far come up empty in the face of recovering post-pandemic demand and sanctions against Russia because of Ukraine, including a US oil embargo. As at least five refineries in the nation are said to have been closed during the previous two years, the pandemic-caused loss in US refining capacity has also contributed to the price increase.