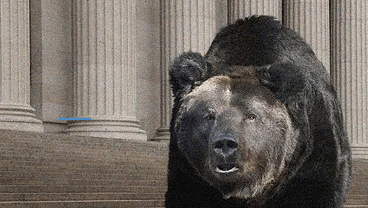 US news | US stocks experience their biggest annual decline

The Dow Jones Industrial Average fell 700 points below 30,000 for the first time in more than a year as US markets crashed on Thursday.

The Nasdaq Composite fell 4 percent, while the S&P 500 index fell 3.2 percent. Both are currently in bear markets, having fallen roughly 23% and 34% from their peak highs in January 2022 and November 2021, respectively. The Dow, which is currently down approximately 19% from its recent highs, is also getting close to this area.

The largest rate increase in 28 years by the US Federal Reserve on Wednesday preceded the decline. The Fed has increased rates by three-quarters of a percentage point for the first time since 1994, indicating that the economy is still contracting.

Jerome Powell, the chairman of the Federal Reserve, revised the projection for this year’s GDP lower and the outlook for unemployment and inflation upward on Wednesday.

“Markets supported Chairman Powell’s determination to combat escalating inflationary pressures. And that’s the issue, according to Quincy Krosby of LPL Financial, who wrote a note obtained by CNN.