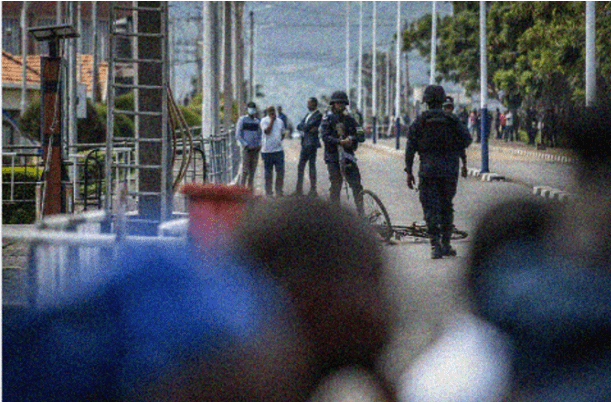 The possibility of war between Rwanda and the Democratic Republic of the Congo has prompted the leaders of East Africa to order an urgent cease-fire and direct the deployment of a new regional force in eastern Congo.

AP — NAIROBI, Kenya The possibility of war between Rwanda and the Democratic Republic of the Congo has prompted the leaders of East Africa to order an urgent cease-fire and direct the deployment of a new regional force in eastern Congo.

The date of the force’s deployment and its makeup was not specified in a statement released following the leaders’ meeting in Nairobi, the capital of Kenya. The force should be active in the upcoming weeks, the Congolese presidency later stated, although Rwandan troops shouldn’t be a part of it. On Monday, both countries’ presidents were present.

According to the statement, the regional heads of state approved the status of forces agreement, the concept of operations, and rules of engagement “for immediate implementation.” The group was instructed by the chiefs of state to work with Congolese forcesstabilizelise the area.

There was no specific mention of Rwanda, which Congo has charged with providing support to the M23 rebel group, which has recently resumed its attacks. The “presence of alien negative factors” was cited as a crucial problem in the declaration. The M23 rebels, who last week took control of a significant town in eastern Congo, had long been denied backing by Rwanda.

Alain Mukurarinda, the deputy government spokesman, said he needed to check with the president’s office when asked following the meeting on Monday whether Rwanda would send troops to the regional force in eastern Congo. He continued by saying that Congo does not decide who should be sent or not.

Hours after Rwanda claimed a Congolese soldier had crossed the border and started firing at Rwandan security forces and people before being shot dead, Congolese President Felix Tshisekedi on Friday accused Rwanda of wanting to take his country’s land for its enormous mineral wealth.

Additionally, when Rwanda hosts the Commonwealth gathering this week, the president of the Congo has urged world leaders, including British Prime Minister Boris Johnson, to increase pressure on that country.

Both sides have charged the other for intruding. Now, Congo wants to halt any deals with Rwanda. Manasseh Nshuti, the state minister for international affairs of Rwanda who oversees things about East Africa, has stated that dialogue “is the solution” to the problems.

According to a recent assessment by the U.N. panel of experts on Congo, the dynamics in eastern Congo “were already strained” since Congo and neighboring Uganda was conducting a combined operation there against the Allied Democratic Forces, another rebel organization. Long-standing allegations against Uganda and Rwanda include supporting rebels and stealing some of the area’s abundant mineral resources, especially gold.