×
Newsyolo.com > Finance > What is the Manchin-Schumer Agreement ? 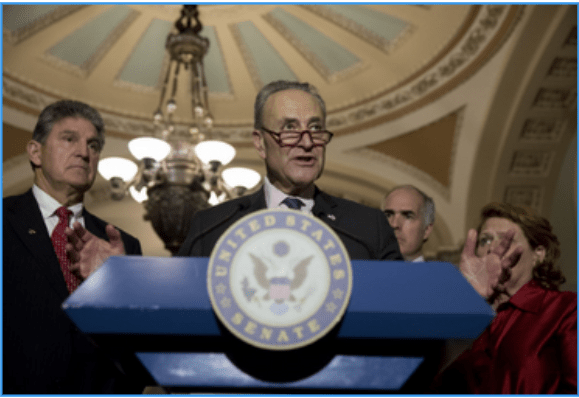 What is the Manchin-Schumer Agreement ?

According to a joint statement from Manchin (D-W.Va.) and Schumer, the agreement, dubbed “The Inflation Reduction Act of 2022,” will “combat inflation, invest in American energy generation and manufacturing, and reduce carbon emissions by almost 40% by 2030.” The Democrats predicted that the package, which would cut the deficit by $300 billion, would be introduced to the Senate floor the next week.

The following is a summary of the agreement, along with projections from the Congressional Budget Office and the Joint Committee on Taxation:

the $313 billion A corporate minimum tax of 15% will be implemented as part of the law in order to increase revenues.

$288 trillion Reforming prescription medication pricing is mandated by the agreement, enabling Medicare to bargain for lower drug prices. According to the agreement summary, out-of-pocket expenses will be limited at $2,000 in total.