×
Newsyolo.com > entertainment > Why Dwayne Johnson Refused To Host The Emmys This Year: Emmys 2022 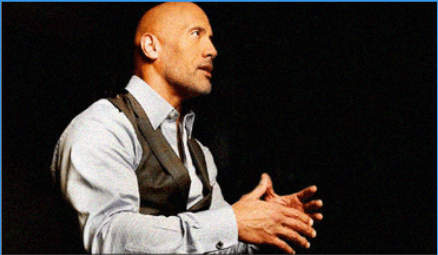 Why Dwayne Johnson Refused To Host The Emmys This Year: Emmys 2022

Dwayne Johnson remarked, “I was genuinely, truly honored when they came to me and requested.”

Washington: Dwayne Johnson, also known as The Rock, has finally explained why he declined a request to host this year’s Emmy Awards event. Johnson reportedly turned down the opportunity to host the 74th annual primetime TV awards program after being approached by the show’s producers, according to Page Six and Entertainment Tonight.

“Just a matter of schedule. When they came to me and requested, I felt incredibly honored, but it was just a schedule issue. Just that. What it boils down to is that “told the publication, the actor.

Following news from Deadline that Johnson and comedian Chris Rock had both been approached about hosting the show, rumors about Dwayne receiving the job started to circulate last month.

Rock turned down the offer this week as well, according to a source who told Entertainment Tonight that Rock is focused on his upcoming Netflix comedy special and “Ego Death World Tour.”

Tuesday saw the release of the Emmy nominees, with Succession receiving the most nominations. The White Lotus and Ted Lasso tied for second place with 20 nominations each, while the HBO show received 25 nominations overall. According to Page Six, the award event has not yet announced a host.