×
Newsyolo.com > entertainment > Will Smith’s mother responds to his Oscars slap, saying, “When You Hurt My Child, You Hurt Me.” 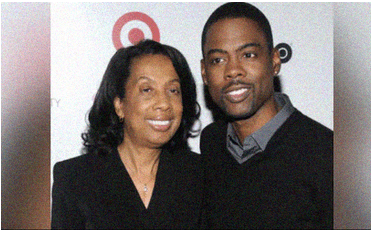 Will Smith’s mother responds to his Oscars slap, saying, “When You Hurt My Child, You Hurt Me.”

Nearly a month after the Oscars 2022 slap incident, Chris Rock’s mother, Rose Rock, finally spoke out in response to actor Will Smith slapping her son Chris during the live broadcast of the 94th Academy Awards. During a recent interview on WIS-TV, Rose Rock claimed, “Will smacked all of us along with Chris. He severely smacked me because I suffer when my child is injured.” Rose continued, saying she was “very proud” of her kid at the time for the way he responded.

However, author and motivational speaker Rose Rock claimed that while her son Chris Rock is doing well, he is still digesting what happened.

For the uninitiated, Chris Rock made a joke about Jada Pinkett-Smith, Will Smith’s wife, shaving her head while presenting an award at the Oscars in 2022. Will Smith was not pleased with that, so he got up on stage and whacked Chris Rock. Following this incident, The Academy declared that Will Smith would be prohibited from attending any functions for the next 10 years, including Oscars ceremonies.

In response to the ten-year ban, Rose Rock stated: “Why does it matter? Even then, you don’t attend every year.”

The 94th Academy Awards best actor winner, Will Smith, was announced shortly after the Oscars 2022 slapping incident. Smith apologized to the Academy and his fellow nominees while accepting his first-ever Oscar for best actor. He omitted to mention Chris Rock, though. Later, he posted an apology to Chris Rock on his Instagram account.

Rose Rock responded to this by saying, “He should have apologized, but he never did. His team published an apology to Chris Rock in a column, but when something like that is personal, you reach out.”

Will Smith, meanwhile, just made his first public appearance since the issue when he traveled to India. On Saturday, he was seen visiting a private airport in Mumbai.