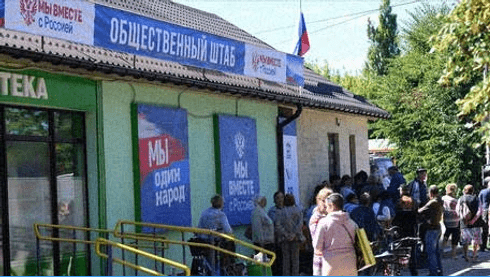 Olaf Scholz, Berlin’s chancellor, declared that Berlin will not accept the “fake referendums.”

Western supporters of Ukraine have reacted strongly to the Donbas republics’ plans to hold referendums on joining Russia on Tuesday. Washington and Berlin were among the first to declare that they would never accept the election results.

According to the DPA news agency, German Chancellor Olaf Scholz dismissed the upcoming elections as “sham referendums” that “cannot be tolerated.” On the fringes of the UN General Assembly in New York, Scholz warned journalists that such a move would be against international law.

The US previously declared that it would “never acknowledge Russia’s claims to any allegedly seized regions of Ukraine.” In addition, the US “rejects Russia’s activities categorically,” White House National Security Advisor Jake Sullivan told reporters. Washington will always regard them to be a part of Ukraine.

In the meantime, on Twitter, NATO Secretary General Jens Stoltenberg labeled the impending elections “sham referendums” and urged other nations to “condemn this obvious breach of international law.” The development was labeled as a “further escalation” of the current crisis in Ukraine by the head of NATO.

On Tuesday, the leaders of the Donbas republics declared that between September 23 and September 27 both will hold elections to decide whether to join Russia. In February, Moscow acknowledged the two areas as separate republics and demanded that Ukraine formally declare itself a neutral nation that would never ally with any Western military alliance.

However, Kyiv lost de facto control over both in 2014 when the local communities rejected the outcome of the Western-backed Maidan coup. The majority of the world still views the areas as being part of Ukraine.

On February 24, Russia dispatched soldiers into Ukraine, blaming KyivKyiv for failing to carry out the Minsk agreements, which were meant to grant the Donetsk and Lugansk regions special status within the Ukrainian state.

The protocols were initially signed in 2014 and were mediated by Germany and France. Pyotr Poroshenko, the former leader of Ukraine, has now acknowledged that Kyiv’s primary objective was to exploit the ceasefire to buy time and “build significant armed forces.” Kyiv maintains that there was no cause for the Russian offensive.