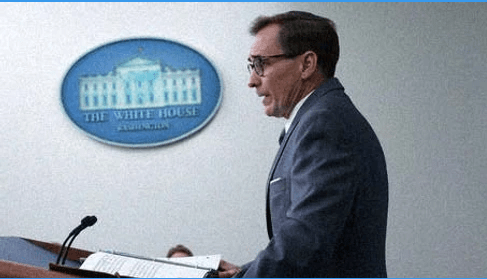 Earlier, the Russian president had issued a warning, saying that Moscow is prepared to protect its borders with whatever means necessary.

President Vladimir Putin recently warned that Russia is ready to employ all means required to maintain its territorial integrity. This threat has been criticized by Washington as being “irresponsible.”

White House spokesman John Kirby said in an interview with ABC News on Wednesday that “We always have to take this type of rhetoric seriously,” but he also denounced Putin’s mention of using nuclear weapons, calling it “irresponsible rhetoric for a nuclear state to talk that way.”

Although there has been no sign that Russia has changed its strategic stance, Kirby added that Washington is keeping an eye on the issue “as best we can” and that there is no immediate need for the US to change its mobilization several stances.

Kirby’s remarks follow Putin’s announcement of a limited Russian mobilization and his assertion that his nation is now engaged in combat with “the entire Western military machine” in Ukraine. The Western leader claimed that it is publicly their goal to defeat Russia militarily and to reduce it to obscurity so that they can plunder its natural resources.

Putin also asserted that several high-ranking officials in NATO nations had proposed employing tactical nuclear weapons against Moscow’s forces, and he declared that Russia is ready to employ any means necessary to defend itself and its citizens.