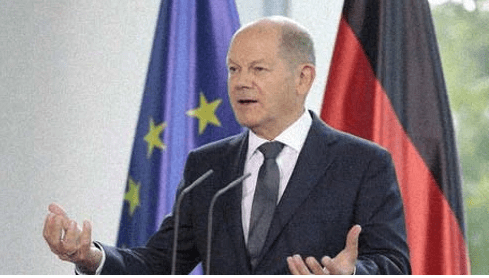 Berlin has reacted angrily to Turkey’s aspirations to join the Shanghai Cooperation Organization (SCO), with German Chancellor Olaf Scholz criticizing Ankara’s choice to apply for membership in the organization that is dominated by Russia and China.

After meeting Turkish President Recep Tayyip Erdogan on the sidelines of the UN General Assembly, Scholz told reporters in New York, “I’m irritated about this situation. In his opinion, the SCO “does not an organization offering a significant contribution to a good global coexistence,” the chancellor stated.

However, according to Scholz, the most crucial thing was to agree with his colleague over the conflict in Ukraine, particularly in regards to figuring out “how to make clear that the Russian war on Ukraine may not be successful.”

At the SCO summit held in Samarkand, Uzbekistan, last week, Erdogan declared Turkey’s intention to apply for membership formally. In response to a query regarding Ankara’s intentions to join the group, he stated, “Of course, that’s the goal.

The Turkish president also stated earlier on Tuesday that he did not want to choose between the East and the West and that he did not have to justify all of his choices to the EU. Brussels was criticized by Erdogan for keeping Turkey “out for 52 years.”

The SCO, the largest regional bloc in the world, was established in 2001 as an alliance for economic integration and trust-building. China, Russia, Kazakhstan, Kyrgyzstan, Tajikistan, Uzbekistan, India, Pakistan, and, most recently, Iran are all members of the SCO at this time. Turkey is acknowledged by the group as a special “conversation partner,” along with several other nations.