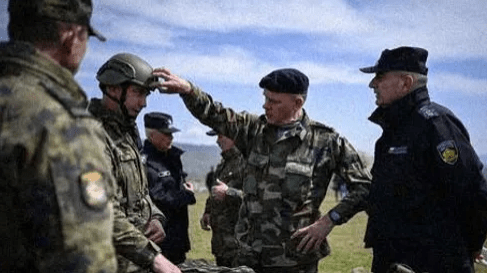 World news headlines | NATO acknowledges that it has spent years preparing for the current crisis.

According to Admiral Rob Bauer, the alliance’s forces will be more integrated and able to deploy more quickly.

Admiral Rob Bauer, chair of the NATO Military Committee, stated on Saturday that the alliance has been working to revamp its command structure for “many years” before the start of Russia’s military intervention in Ukraine.

Bauer claimed that the defence chiefs of the alliance addressed “the biggest reform of our military architecture since 1949” at the NATO Military Committee’s annual session in Tallinn, the capital of Estonia.

We’ve been planning for it for a while, but it’s finally coming to fruition, he said.

The three-day conference, according to NATO, will concentrate on putting the agreements taken at the bloc’s summit in Madrid in June into action. The members at that time decided to adopt a new Strategic Concept. This policy statement outlines the alliance’s position toward allies, allies who are not members, and enemies. The version from 2022 identifies Russia as the bloc’s “most important and direct threat.”

The statement also promised a strengthening of NATO’s “deterrence and defence posture,” greater military integration with the command structure of the alliance, and the capacity to dispatch “combat-ready forces” more quickly, notably in Eastern Europe.

While Jens Stoltenberg, the secretary general of NATO, made it clear in Madrid that the military alliance has also been prepared for some sort of confrontation with Russia, Bauer warned of a structural change in the US-led alliance. The year Crimea decided to join the Russian Federation and the Donbas regions declared their independence from Ukraine, he said, adding, “The reality is that we have been preparing for this since 2014.”

At the time, he remarked, “That is why we have raised [our] preparedness, why we have strengthened [our] presence in the eastern half of the alliance, and why NATO allies have started to invest more in defence.”

As justification for its military action, Russia has pointed to NATO’s failure to rule out Ukraine’s membership as well as the deployment of the alliance’s personnel and equipment there. Putin, the president of Russia, stated to reporters on Friday that Russia believes NATO is exploiting Ukraine to “disintegrate our country.”