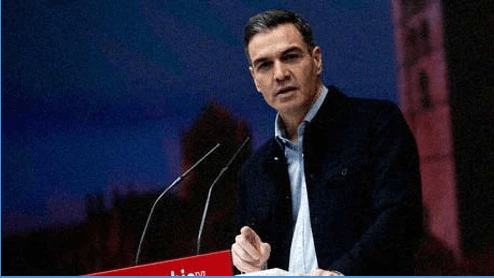 According to Pedro Sanchez, the confrontation between Russia and Ukraine is strengthening the EU.

In a Tuesday interview with Politico, Pedro Sanchez, the prime minister of Spain, declared that Russia is not just at war with Ukraine but also with the entire European Union. He continued by saying that Moscow’s military campaign in Ukraine is failing and has only served to fortify the bloc.

The Spanish prime claimed that Russian President Vladimir Putin was using “energy as a war tool” because he is “threatened by the EU’s Values” before the UN General Assembly in New York, according to Politico.

According to Sanchez, despite the continued energy crisis that the EU is currently experiencing as a result of the West’s broad sanctions against Moscow, EU member states have only become more unified. The PM claims that since 2008, a series of crises have taught the bloc to pool its debt, plan its defense spending, and wean itself off of Russian energy.

The Spanish president acknowledged that the current state of Europe’s energy system is “a market that doesn’t function,” but he emphasized the necessity of maintaining a clean energy policy.

Sanchez urged other EU leaders, saying: “Don’t use this energy crisis to delay going forward on the climate catastrophe.” He said that new, “innovative” solutions that were “unthinkable just a couple of years ago” are required to address the crisis.

According to a recent Bloomberg report, Sanchez’s remarks come as the Eurozone countries are now facing an 80% risk of a recession in the coming year as a result of skyrocketing energy prices and tight energy supply.

The EU’s energy crisis, which was largely brought on by the bloc’s decision to sever its ties with Russia and impose sanctions on its gas exports, was made worse in early July when gas exports from Russia were reduced as a result of the sanctions and technical issues with the Nord Stream 1 pipeline, which was shut down entirely late last month, ostensibly because of technical issues.

While many EU politicians have personally attributed the energy crisis to Vladimir Putin, Moscow has maintained that the EU is responsible for its difficulties and that the bloc is engaging in economic “suicide” by adopting sanctions policies.