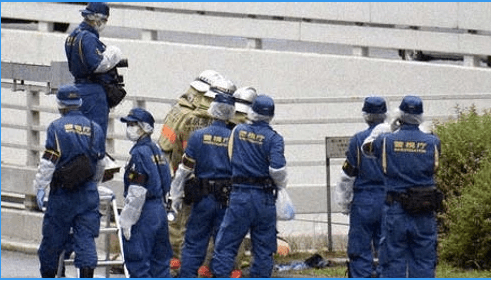 According to Tokyo police, a man lit himself on fire in the nation’s capital to express his displeasure with the approaching state funeral of former prime minister Shinzo Abe, who was killed in July.

Abe, the longest-serving PM of Japan, was shot in the open while campaigning for the legislative elections. He left his position as president in 2020.

According to authorities, the incident happened on a street close to the prime minister’s office. The man, who was reportedly in his 70s, was being treated for burns in a hospital.

According to the Tokyo Fire Department, a police officer burned his arm while attempting to put out the fire, as reported by the Asahi Shimbun newspaper. According to police, a handwritten note with the words “As an individual, I firmly reject the state funeral” was discovered.

According to Kyodo News, recent polls have revealed that the majority of Japanese citizens are against paying for Abe’s burial, which will happen on September 27. There is no legitimate justification for a state funeral, according to opponents, and the extremely indebted government shouldn’t spend money on the ceremony.

According to Asahi Shimbun, a petition requesting the postponement of the state funeral amassed more than 400,000 signatures earlier this month.

Approximately 6,000 people are anticipated to attend the burial, which will cost close to $1.8 million, and will take place in Tokyo’s Nippon Budokan venue.