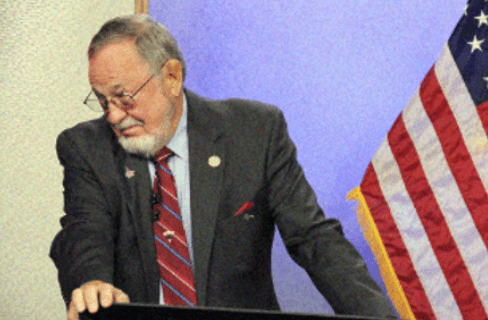 A stunning last-weekend campaign to prevent Alaska Rep. Don Young from losing on Tuesday is being mounted by a super PAC allied with House Republican leadership.

The longest-serving member of the House, Young, will attempt to win the election with the help of the Congressional Leadership Fund’s phone-based get-out-the-vote effort, which will start on Saturday. By election day, the super PAC, which has put six figures into the campaign, intends to reach over 100,000 voters.

The action highlights how hard Republicans are being pushed to protect their base. Since 1973, Young has served in the at-large position, and in 2016, President Donald Trump won Alaska by over 15 percentage points. But this week, a poll revealed that Young was trailing Alyse Galvin, a supporter of public education, by a single point. Galvin is a self-employed person.

Michael Byerly, a spokesman for the Congressional Leadership Fund, called the last-minute campaign “hyper-targeted” and stated that it was intended to help voters distinguish between Don Young’s efforts to lower taxes for middle-class families and create jobs with Alyse Galvin and Nancy Pelosi’s radical, liberal agenda, which would be disastrous for Alaska.