×
Newsyolo.com > Finance > Zomato | What Is Causing The Selloff As Zomato Stocks Drop For A Second Day and Fall Over 8% Today? 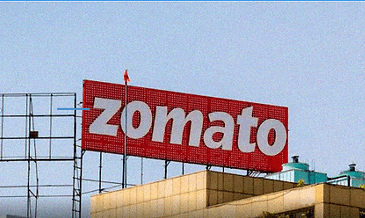 Zomato | What Is Causing The Selloff As Zomato Stocks Drop For A Second Day and Fall Over 8% Today?

Zomato Share Price Today: After the meal, delivery behemoth agreed to buy fast grocery startup Blinkit for Rs 4,447 crore in an all-stock deal, shares of Zomato plunged for a second day, down more than 8.2% in Tuesday’s trade.

The agreement follows its purchase of a nearly Rs 518 crore (9%) stake in Blinkit, backed by the SoftBank Group, in August. At the time, it committed to investing, about finance up to $400 million in the Indian quick-commerce market over the following two years.

As part of the agreement, Zomato would issue up to 629 million shares at an allotment price of Rs 70.76 per share, representing an ownership stake of 6.88 percent on a fully diluted basis.

The intense competition in the industry where Blinkit works would make the road to profitability longer. “Swiggy has an advantage thanks to its popularity in the grocery market. Therefore, Zomato has to buy Blinkit to finance about reap the benefits of delivery cost synergy. The management of Zomato has set a cap of $400 million for investments in fast-moving consumer goods for the next two years (CY22, CY23E). Any departure from this would pose a serious threat to our theory, according to brokerage Edelweiss.

Given the growing competitiveness, “we anticipate Blinkit will require investments above the $400 million envisaged by Zomato,” Kotak Institutional Equities analysts wrote in a note.

Since the offer was announced, the company’s shares have dropped as much as 14%, resulting in a market capitalization loss of about 76.78 billion rupees. They have lost approximately 48% of its value since coming public in July of last year.

According to a client note from Morgan Stanley, the issuance of additional shares by Zomato to Blinkit, including the employee stock option pool, would result in a dilution of approximately 7.25 percent of the total number of outstanding shares after the purchase.

Analysts predict that a deal with Blinkit will cause Zomato to take longer to become profitable, which will damage the stock. According to Swapnil Potdukhe, an analyst at JM Financial, “Given the severe competitive intensity in the rapid commerce area, we anticipate that the path to profitability for Zomato group post-acquisition can be stretched by at least a year from FY25 to FY26.”

At Rs 0.76 per share, Blinkit shareholders will receive almost 7% of Zomato. Zomato’s current share capital will be reduced by 7.4% as a result of the deal, which is valued at an enterprise value to revenue ratio of 8.1 times in May 2022.